ALAO ADEWOLE ONILU-OLA, THE MOST DETAILED TALKING DRUMMER IN THE WHOLE UNIVERSE 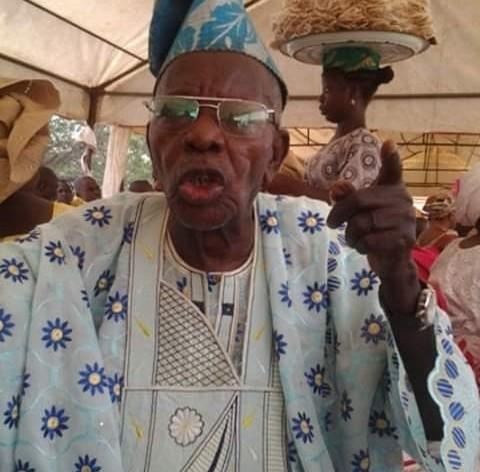 Adewole Alao Onilu-Ola is the most detailed Talking-drummer in the entire universe! And I am glad he’s still living! And yes I said it!

I spent the entire week on a “whosendme” quest to discover the most melodious percussionist in our vagrant “Zoo”, as our land’s been lately titled by the contemptuous Kanu. The Lion as far as I know, is still the beast to fear when it comes to “cracking bones to suck juicy marrow out of its hollowness in a hurry!”

Adewole was the only major ingredient in the Omowura ensemble that was essentially indispensable. He once left the band, and he was begged to come back. If the mercurial Anigilaje’s antecedent is worth its relevance, then that’s a big deal! Alao, peradventure could be the only band member Ayinla probably begged hard to come back into his arrangement after that one disgruntedly left the power dynamic and the band he helped created.

He typically got Ayinla on record like Adam once, long ago got Eve. He laid down the tempo for Omowura in the way a crafty vagina usually have a stupid dick all crushed in the thick of lust! In rounds after rounds of “coitus pamu-pamu”, the said stupid dick thrusts itself mindlessly to the tune dictated by the savvy vagina! That was essentially the Adewole effect.

I played over ten records of the Apala dynamo today and it’s my opinion- with due respect, and not in anyway “humble” at all, that: Adewole Alao-Oniluola is the indisputable, all-time talking drummer of any genre!

His precision, his racy beats, his commanding layouts, his chord progressions, his uncanny reading of his master, his predictable sense of melody, his eloquent timing and most importantly his perfect sense of direction- especially when, where and in the rare event, that the super-talented Omowura strayed off-key. Onilu-Ola was perhaps the only instrumentalist in his band- dead or alive to tag Anigilaje’s dreadful “Tiger by the tail”, and drag him back home safely to perfect-pitch with nothing more but his “Gongo-Ilu!”

If you must argue for, or against Alao’s mastery of the hour-glass shaped drum in close relativity to others; please come correctly and with guns blazing, just like in that notable Western movie “High-Noon”. For these gifted drummers listed below are sound drummers, but Adewole Alao Onilu-Ola is just on his own. He is totally incomparable!

Besides these ones, who else to compare him to or him with?