3 PREDICTIONS ABOUT THE NIGERIAN RECORDED MUSIC INDUSTRY IN 2020 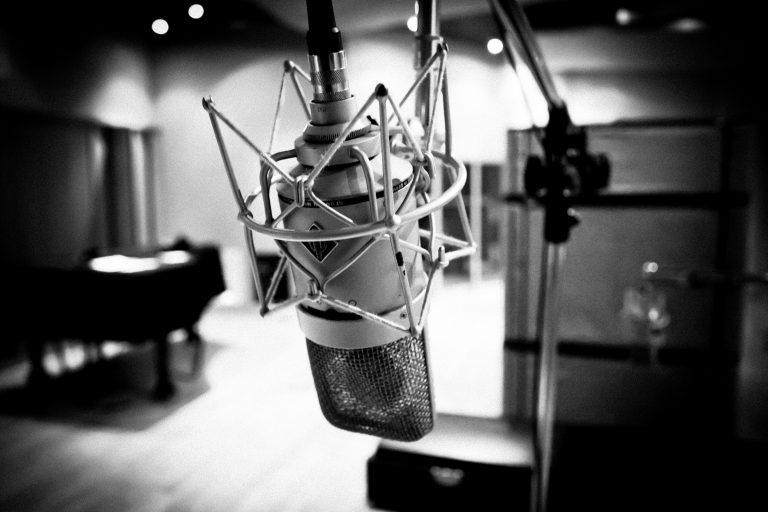 2019 was an eventful year for the Nigerian recorded music industry.

We saw some major international mainstream cross overs from Nigerian artists, foreign investment and partnerships with music companies, as well as continued growth in music streaming across the board.

A lot of articles documenting the various highlights of the year are already out there, so here are three predictions about the Nigerian recorded music business for 2020.

Wizkid has had an interesting couple of years. On the one hand he has barely put out any solo music (singles/projects), but on the other his brand — primarily through non-music related activities — has been growing from strength to strength — meaning his lack of solo music releases has not affected his relevance or standing. However, one can fully expect a project from him this year.

The first reason for this prediction is that it has now been three years since he put out his last project, “Sounds From the Other Side”. His debut album, “Superstar”, was released in 2011. His sophomore project, “Ayo”, dropped three years later, finally culminating in “Sounds….” (you guessed it) three years after that. This is a standard album cycle, as artists are expected to tour an album for a year to two years before embarking on the recording process (usually a year) in readiness for the next project release. So, on this basis — as well as the intervals between his prior album releases — one can confidently expect a project from Wizkid this year.

The second reason for this prediction is that despite the earlier mentioned growth of his brand, said growth (in the last 18 months especially) is primarily attributable to non-music activities; eg fashion, premium alcohol. Whilst this sort of diversification is great, if it is not powered by successful music releases, at some point his brand may begin to suffer for it. Thus, Wizkid will likely be looking to put out a solo project — especially with his very recent solo single “Joro” doing really well.

The third reason for this prediction is that Afrobeats has seemingly now hit critical mass in the US urban entertainment community — as opposed to a couple of years ago when most mistook “buzz” for market penetration, which i briefly discussed here. This community has been the primary driver of mainstream music entertainment in that market for almost two decades. So, the penetration of Nigerian music/artists into this segment is a strong indication the US market is now ready/willing to accept Afrobeats as the new hit sound — like ragga and reggaeton have enjoyed in the past.

Sony’s deal with Wizkid is another factor. It is a worldwide deal excluding Africa and (from my understanding) the UK. This means the primary market the deal is meant to exploit is the US. Sony will have seen the successes of Burnaboy — looking at Warner with envy — as well as the positive reception Beyonce’s “The Gift” project enjoyed from the market. Also remember that their ‘failed’ partnership with Davido — who is now also making major inroads into the market with strategic collaborations — will also be playing on their mind and will motivate Sony put out a Wizkid project this year; as well as provide a better level of ‘support’ than they did for the “Sounds….” release.

Mr Eazi is by far one of the most savvy music industry players in Africa. His EmPawa programme — an angel investment/incubator-style project encompassing label services, distribution and publishing for developing artists — is an ingenious idea that is both commercially sound and promotes corporate social responsibility. One can fully expect another Nigerian EmPawa artist to breakthrough to the mainstream this year.

The first reason for this prediction is the success of Joeboy, as well as the innovative marketing around the artist and his releases. It clearly shows that the EmPawa team Mr Eazi has put together is very strong on A&R and the marketing side of things — two of the most important components of the music business. EmPawa’s first call for submissions attracted thousands of entries from which, after being whittled down to a select few, Joeboy emerged from the pack. With more EmPawa calls for submissions in 2020, and with the growing pool of quality talent in this country, expect another top notch act to be selected.

The second reason for this prediction is that since EmPawa launched it would naturally have built deeper connections and expertise, all acquired from the successes they have achieved with their existing acts. The experience and knowledge gained from testing out different sounds, marketing and distribution ideas/strategies is invaluable. Such ‘testing’ refines the process of development to release, making it more cost efficient, margin friendly and generally sustainable for each new project. Expect more use of animated/lyric ‘vizualizers’ complimented with social video (Vskit/Triller/Tik Tok) as well as other innovative digital marketing tools and channels, which will only serve to increase the reach of EmPawa artists on a fraction of the budget of most large Nigerian music companies.

The third reason for this prediction is the partnership EmPawa has developed with Youtube. More specifically, the growing relationship between Mr Eazi and Lyor Cohen. Since the partnership was announced by the two at a Google For Nigeria conference held in Lagos last year, and the viral nature of Joeboy’s growth via Youtube, it is clear that the relationship between these two organisations is working well. It also helps that the relationship is in both parties’ interest. Youtube, like most tech companies, is extremely interested in ‘cracking the code’ of Africa — in terms of user growth; with Nigeria being the crown jewel. EmPawa, like most African music companies, is looking to increase the global reach and exposure of the artists they develop. Win win.

So expect Youtube to continue to provide strong support to EmPawa artists — in the form of advertising, favourable landing page video placement and algorithm recommendation etc — which will all significantly drive up the viewing numbers.

Music publishing in Nigeria has been negligible/non-existant til date. During the recording growth boom of the VAS-era (2011–2014), when billions of Naira in revenue were being raked in by the telcos, VAS companies and labels, the composers and publishers of the songs themselves barely saw a kobo. However, 2020 is set to mark the watershed where Nigerian composers and music publishers will begin to see (no longer insignificant) royalty payments for their works.

The first reason for this prediction is that country’s collective management organisations (CMOs), although having a torrid time for the most part, are finally getting (or being made to get) their houses in order. Registration, licensing, tracking, administration, and payment technologies are being deployed. And with their reciprocal arrangements with foreign performing rights organisations (PROs) in developed markets (such as, and in particular, the UK) — where significant royalties have already accrued — Nigerian CMOs will start receiving more payments from the foreign PROs on behalf of the Nigerian composers and publishers to which they belong.

With the challenges — that have traditionally prevented Nigerian CMOs from paying composers and publishers for use of their songs — being finally addressed and resolved for the most part, CMOs will start paying more and more composers and publishers their royalties; especially royalties that have accrued in International markets. When one considers that the rates paid for performance licences in these countries are much higher, and that Nigerian-composed afrobeats songs have enjoyed significant airplay and video play in the UK especially over the least 2–3 years, these figures — although not necessarily huge — will not be small. And in this economic environment, every Naira matters to every Nigerian, composers included.

The second reason for this prediction is that the increasing popularity of Nigerian music in the Western markets will lead to an increase in the synchronization opportunities in foreign adverts, games, tv shows and movies. Netflix, Amazon and HBO are all increasing their budgets for content and are increasingly focusing on Africa to provide new stories, actors, and soundtracks for all this content. HBO are adapting a Chimamanda Adichie novel into a television series, Netflix are commissioning more and more exclusive Nollywood content, and Amazon will naturally follow suit at some point.

The third reason for this prediction is that domestic synch opportunities will also increase due to the continued growth of Nollywood and in particular its production output. Although a very competitive market, the growth in awareness amongst the Nollywood community — on the copyright issues associated with unauthorised use of music in their movies — is bringing more of them to the table to officially licence/commission music for their projects. Larry Gaaga’s contribution to the “Living in Bondage” sequel — both score and soundtrack — is an indicator that we can expect more of such arrangements/opportunities for Nigerian composers and publishers.

We have (thankfully) come a long way from the days of major Nigerian music company executives boldly stating that “music publishers are not recognised in Nigerian law”. Music publishers are organising into trade bodies and negotiating licensing and rates increases both domestically and internationally.

It will be interesting to see how 2020 plays out in terms of the above predictions. Rest assured that they will be tracked and, at the end of the year, reviewed.

In the meantime, let’s hear your predictions.